By Holden Walter-warner For Dailymail.com

An impressive display of Christmas decorations in homage to Home Alone is capturing the attention of Austin, Texas … and the star of the movie, Macaulay Culkin.

Kevin Urrutia-O’Reilly and wife Alex Moreland decided to do something a little different for the holidays this year in their Cherrywood neighborhood.

They usually hang up lights and ribbons on their home for Christmas, just like many around the world do.

This year, however, they decided to use a new machine to create life-like depictions from the movie Home Alone, which came out 30 years ago in 1990.

Scroll down for video 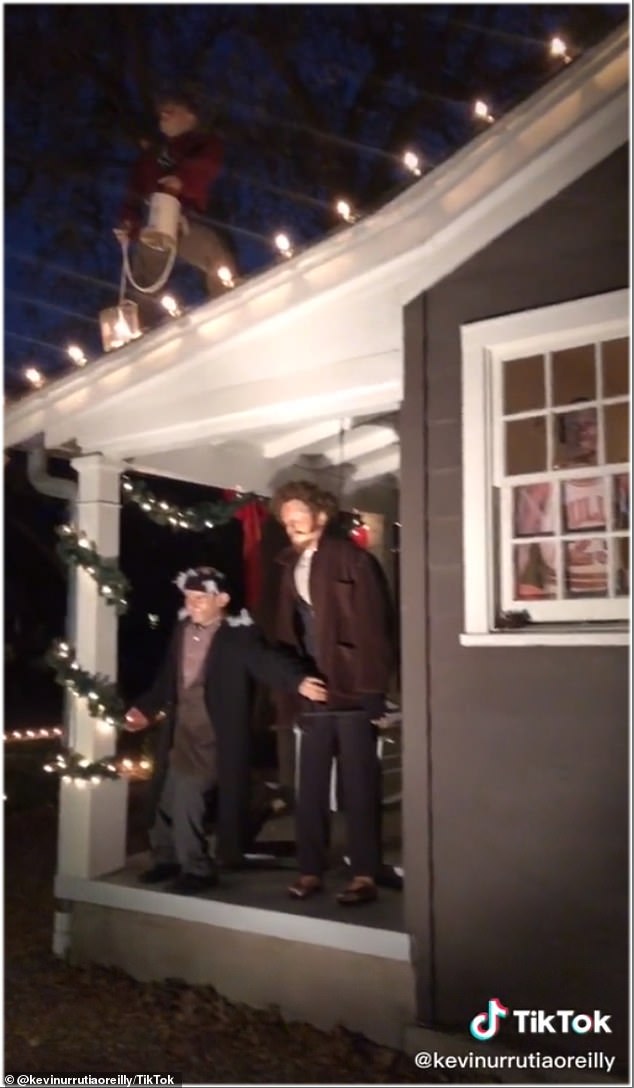 A realistic model of Home Alone in Austin, Texas is bringing holiday cheer to neighbors 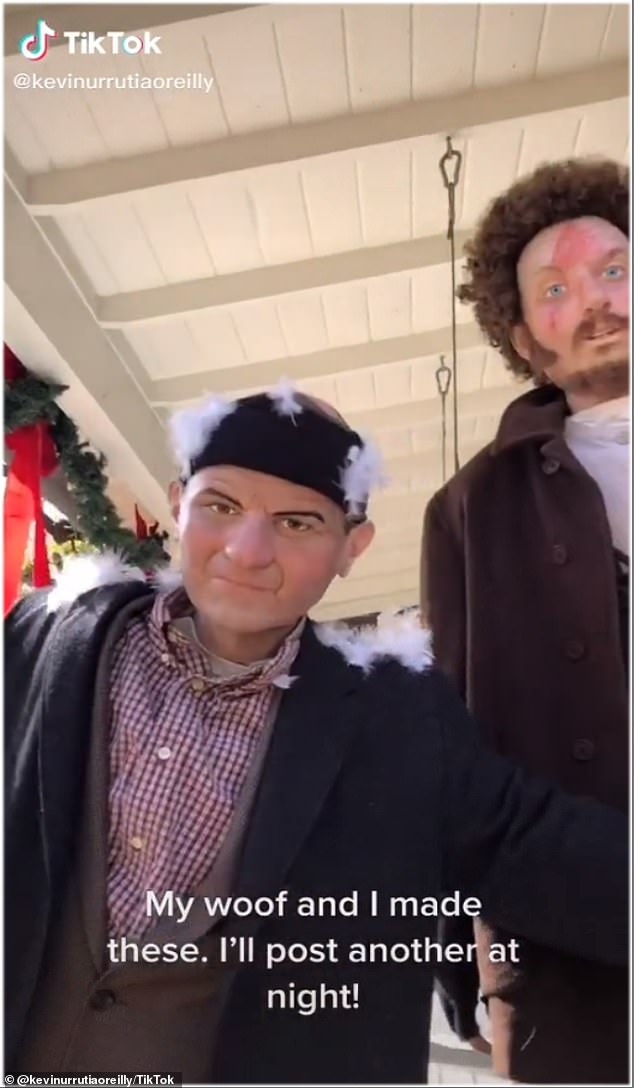 Using a 3D printer, Kevin Urrutia-O’Reilly plastered faces on mannequins with his wife, Alex Moreland. Pictured: Mannequins of Harry and Marv, the villains of the film 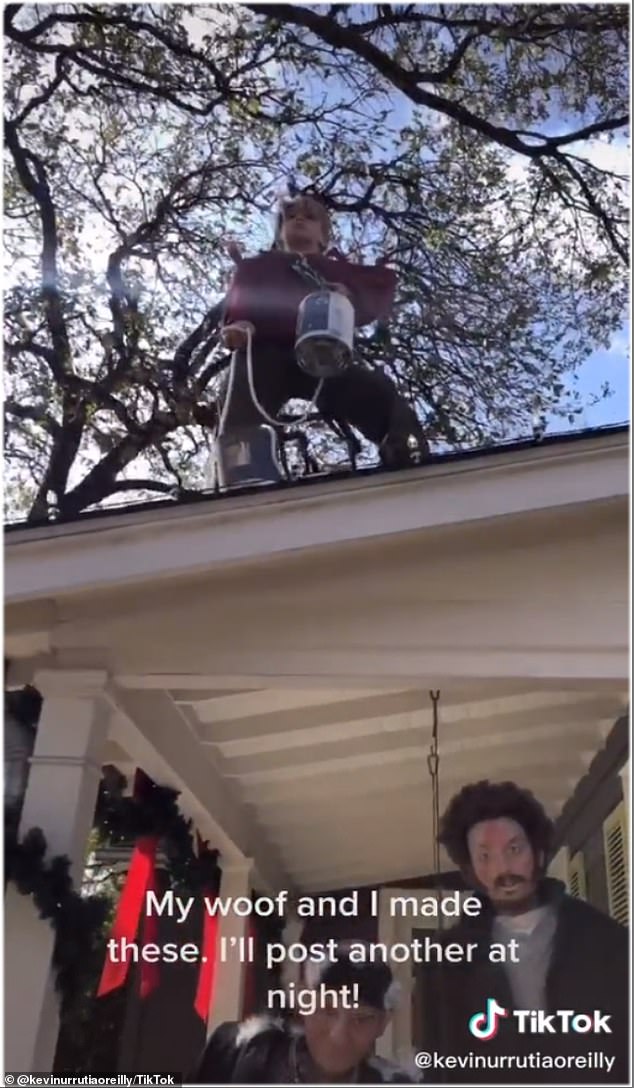 While the thieves are below, Kevin McCallister is hanging from up above, armed with paint

‘I just got this 3D printer,’ Urrutia-O’Reilly said to KXAN. ‘How about we print all of the characters’ faces and make mannequins?’

On TikTok, Urrutia-O’Reilly describes himself as a ‘Painter/Product Designer/Programmer,’ with over 2700 followers.

The couple started working on the decorations well in advance of the holidays, back in September.

They required that much time so that they could create as many mini-moments from Home Alone as possible.

Those passing by the decorations at the corner of the block have taken photos and videos to extend the reach of the couple’s holiday cheer.

From a drive-by distance, the mannequins hanging around the property look almost identical to the characters and scenes from Home Alone.

Some have recognized the framed image of Buzz’s girlfriend hanging in a window, while others have noticed a similar set-up for a cutout of Michael Jordan in another window.

Mannequins of Harry and Marv, the movie’s chief villains, are loitering on the porch, looking ready to try and rob the house.

‘We got all of the clothes at Goodwill,’ Moreland said about Marv. ‘I think we were able to nail down his look, pretty well. I think we had the most fun with him and I think he turned out the most successful.’ 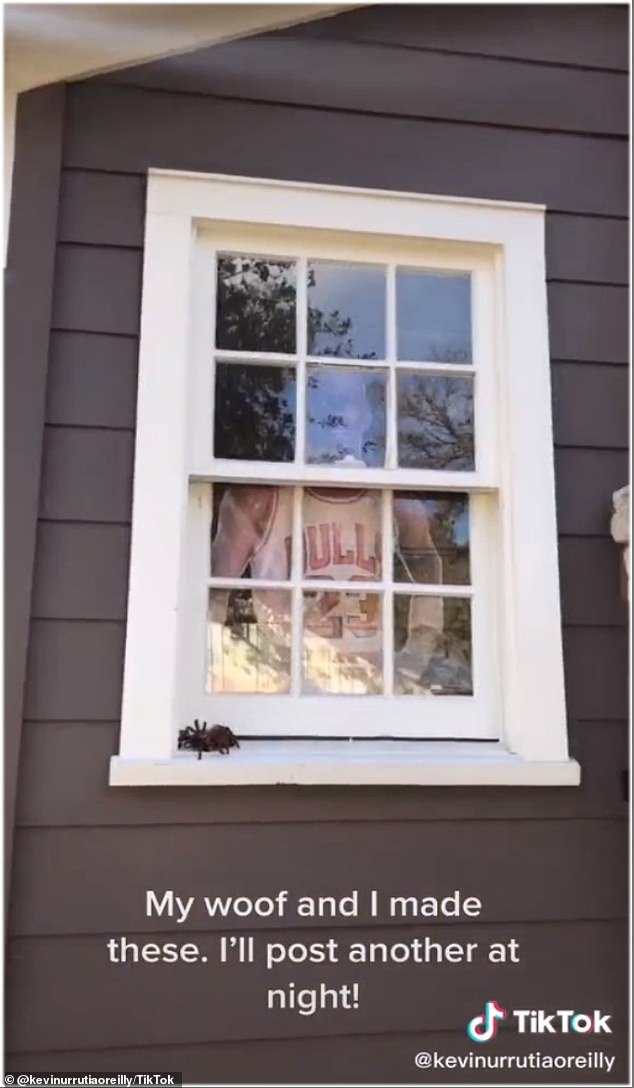 There are also cutouts and images in the windows, like this cutout of Michael Jordan 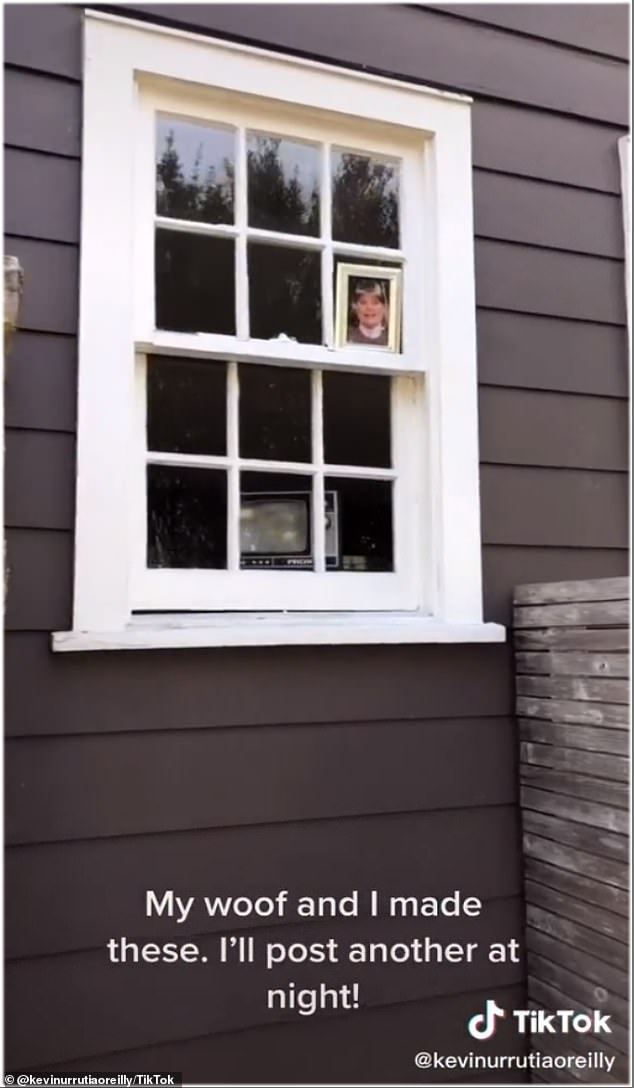 No detail was left unnoticed, as a picture of Buzz’s girlfriend appeared in another window

Meanwhile, Kevin McCallister is a centerpiece of the scene, standing on the roof with paint cans in his hands.

That helped get the attention of the real Kevin McCallister, actor Macaulay Culkin, who shared a video of the scene on Twitter and wrote, ‘I’m gonna sue…’ 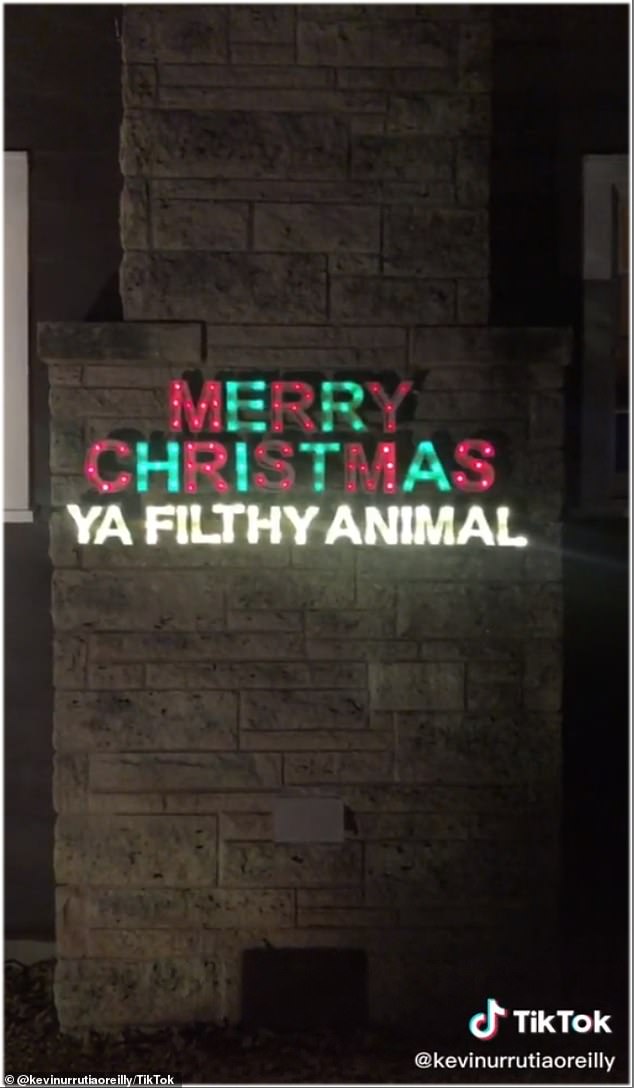 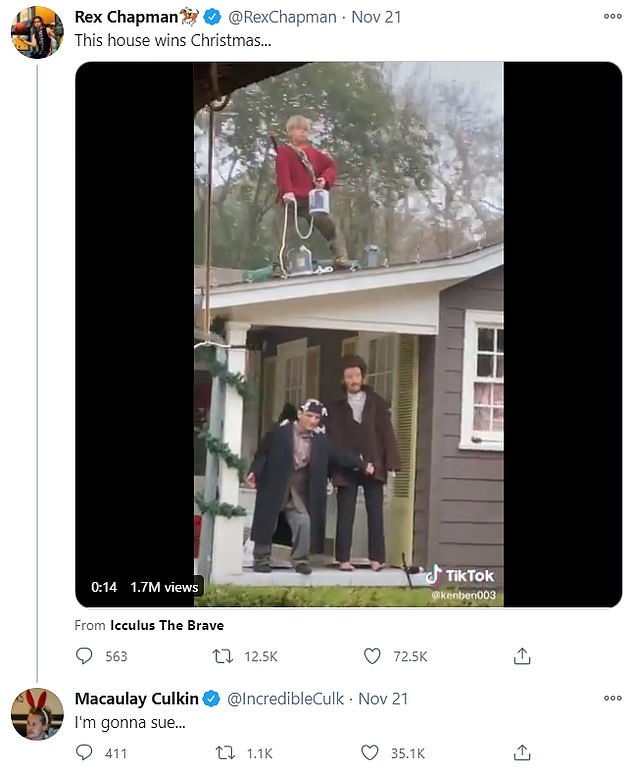 This all caught the attention of Home Alone star Macaulay Culkin, who joked about suing

Creating a model so realistic required many viewings of Home Alone for the couple. Overall, however, Urrutia-O’Reilly and Moreland both seem pleased about the impact their model has had on the holiday spirits of their neighborhood.

‘I knew it was gonna bring us a lot of joy, it did, for the past few months [as] we worked on it little by little,’ Moreland said to KXAN. ‘But seeing how much joy it’s brought everyone else has been really, really nice.’