Samsung’s Galaxy S21, expected to be released early next year, has just cruised past the FCC. Although details like product images weren’t included, the documents confirm some useful specifications, like a Snapdragon 888 chipset and supported carrier bands for at least one US model.

So far, details published by the FCC (first spotted by Droid Life) only correspond to the smaller Galaxy S21. However, frequency support, including 5G bands, were published in the documents: 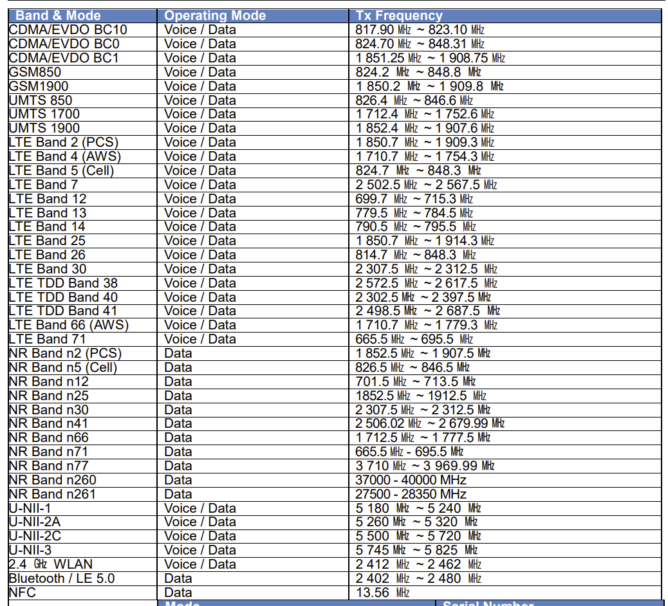 The Snapdragon 888 chipset was already expected to be included, and details in the filing confirm that, claiming the phone will have a “Qualcomm SM8350 modem” a part number that Qualcomm has tied to the Snapdragon 888.

The ultrasonic fingerprint sensor of Galaxy S21 is 8×8=64mm, which is 1.77 times higher than the previous generation, and the unlocking speed is doubled. You don’t even need to press it, just tap to unlock.😼

A recent leak from Ice universe also indicates the S21 series will finally have an upgraded ultrasonic fingerprint sensor, probably the newish Qualcomm 3D Sonic Max at an 8 x 8 mm size. In addition to being larger, it’s also reportedly faster. To our knowledge, the sensor included in the S20 was identical to the older Galaxy S10, and we always found it a little slow and unreliable compared to modern optical sensors, so the series is long overdue for an upgrade.