High and low tech are set to cross paths in the Great Outdoors in the form of new, $17,500 outdoor shelters, dubbed “prefab urban escape pods, from a startup called Jupe.

Jupe said its design and construction came from a team of former SpaceX, Tesla and Airbnb employees. Its design was inspired in part from “2001: A Space Odyssey, according to Wilson,”  and its name is shorthand for the planet Jupiter. 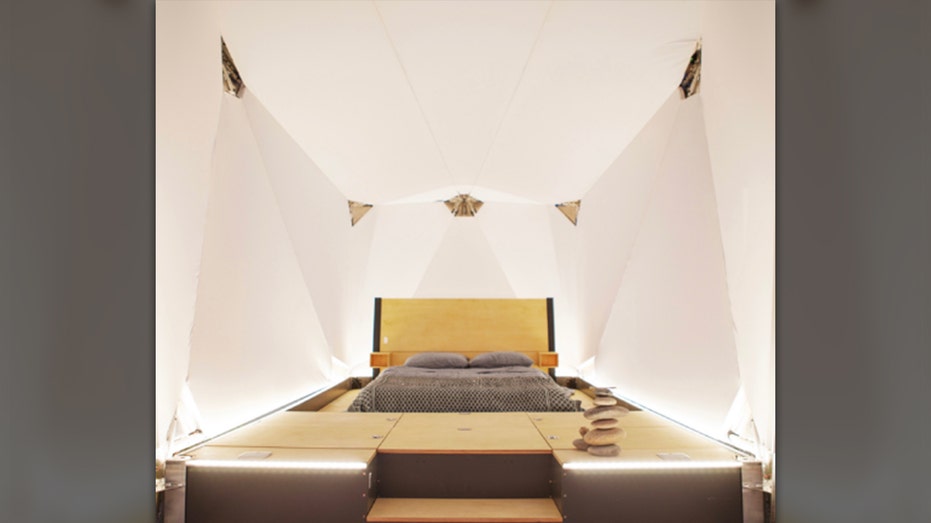 An interior view of the Jupe structure (Jupe)

The units consist of aluminum frames, birch wood-tile flooring and a canvas enclosure – resulting in something that looks more like a shuttle from “Star Trek’ than a traditional camper or RV. The 111-square-foot enclosure comes with 31 cubic feet of storage in containers built into the floor.

Each one is powered by a solar panel and a 200 Ah battery system and comes with Wi-Fi and dimmable LED lighting, according to the company. Optional add-ons include an audio system and Alexa integration, a safe, a cooler and even a front porch.

“Experiencing the natural wonders of the world shouldn’t mean being forced to disconnect while staying in a less-than-inspirational living space,” Wilson said. “During these times when most of us are craving a true escape, Jupe provides an experience perfectly suited for socially distanced travel.” 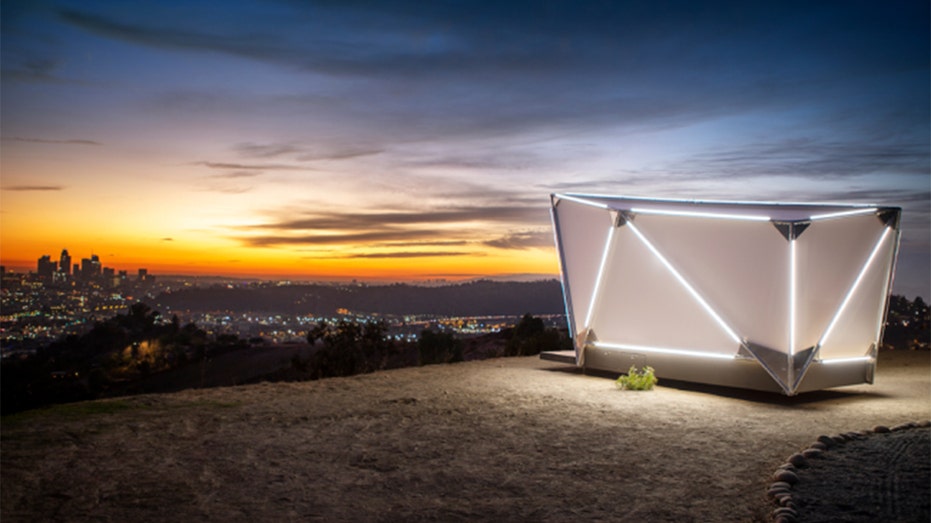 While it doesn’t come with a kitchen or restroom like traditional campers, it has 11-foot ceilings, a queen-sized bed, a desk, a chair and an ottoman.

GET FOX BUSINESS ON THE GO BY CLICKING HERE

For comparison, Winnebago’s smallest camper, the Micro Minnie, starts at more than $22,000. An Airstream Basecamp begins at almost $40,000. Both of those include plumbing and kitchen options, and a hookup for towing.

Jupe said its products are “ideal” for rental hosts and seasonal campground owners.

Pre-orders for the Jupe are now being sold for refundable $99 down payments. Deliveries are expected in spring 2021. Production on its first unit was completed Monday, in time for the rare great conjunction event in which Jupiter and Saturn crossed paths in the night sky.